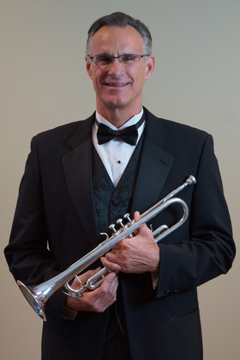 Tom has been playing trumpet and flugelhorn in various musical groups ever since he started playing in the 5th grade. While earning his B.S. degree in computer science, he played in the St. Cloud State University wind Ensemble and Concert Band. Currently, Tom is a member of the Bavarian Muskmeisters as well as two church choir ensembles. In the late 2009, he was sub for an EMSO concert and enjoyed it so much that he has been a member ever since. For his “day” job, tom has been working at 3M in the field of information technology for the past 25 years where, he has held various positions, He is happily married and has two beautiful children.