The EMSO board and musicians look forward to working with Craig and are eager to present you a season under his direction showing new horizons.

EMSO is a proud to be an affiliated organization of Merrill Arts Center.

EMSO is a Woodbury Area Chamber of Commerce member.

———————————————————–The activities of EMSO are made possible by the voters of Minnesota through grants from the Minnesota State Arts Board and the Metropolitan Regional Arts Council, thanks to legislation appropriation from the arts and cultural heritage fund. 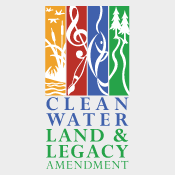