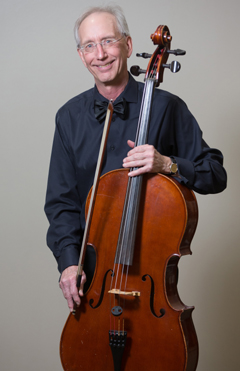 Steve joined the EMSO in 2017 as a cellist.  Steve started playing cello about 15 years ago when his 8 year old daughter started taking violin lessons with this idea that he could keep pace with her as she progressed.  They are both still playing in orchestras (but she is far better than her dad!).

Steve is a geologist/hydrogeologist and spent most of his career working in groundwater protection for the State of Minnesota (DNR and MPCA).  Now he spends his time on his small farm near River Falls, WI.

Activities include woodworking, making maple syrup, bailing hay.  He is slowly restoring an old (1860’s) log home which was one of the first homes in the neighborhood and starting work on a timber frame barn.

He is currently serving as EMSO Vice President