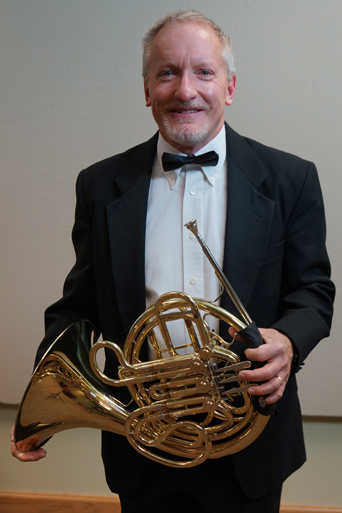 I grew up in Jordan, MN and played French horn and mellophone in marching and concert band there as well as concert band at Hamline University. After obtaining a BA degree in chemistry at Hamline and graduate degree in Materials Science and Engineering at the University of Minnesota, I joined 3M as a materials scientist working in ceramic research. Wanting to maintain my musical interest, I was encouraged to attend a rehearsal of the 3M Orchestra, which eventually became the East Metro Symphony Orchestra, having never played in an orchestra (and with string instruments!) before. The rest is history. In addition to my activities with the orchestra, I serve on the Board of Directors of the Evergreen Community Association as well as volunteer in various student educational activities at Hamline University. I am a biking enthusiast, cross-country skier and enjoy summer yard work. I live with my wife and daughter(another aspiring French horn and mellophone player) in Woodbury.